Duplicate water samples were collected on 8 occasions, and samples differed as follows:-

Fig.1 shows the difference between the mean thermometer and uncorrected CTD temperature on 77 occasions. The mean difference was -0.005.

Fig. 3 shows the difference between the water sample salinity as measured with the salinometer and that derived from the CTD , before any calibrations have been applied to the latter's sensors. The mean salinity difference was 0.003 for 112 values.

Fig. 4 shows the ratio of CTD:water sample conductivity ratio after the CTD pressure and temperature sensors have been corrected using the previous coefficients. 4 CTD salinities have been removed, as the CTD values were varying. The mean salinity difference for 108 readings is 0.0.

rms salinity difference between water sample and corrected CTD is 0.003 for 108 data values.

Figs. 5 (a), (b), show how effectively the CTD conductivity and derived salinity has been corrected.

Stations were all grouped together (since tests on grouping by area showed little difference in calibrations), to determine linear regression calibration coefficients for

The SPNT sensor, S/N 142, was fitted to the CTD. and the linear regression calibration coefficients were calculated using 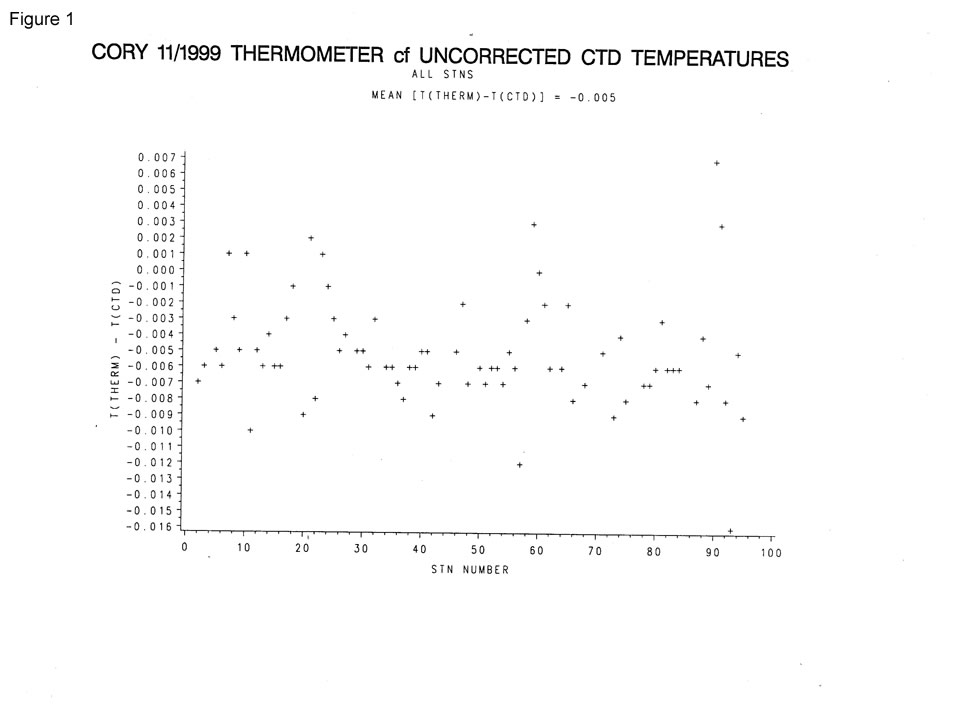 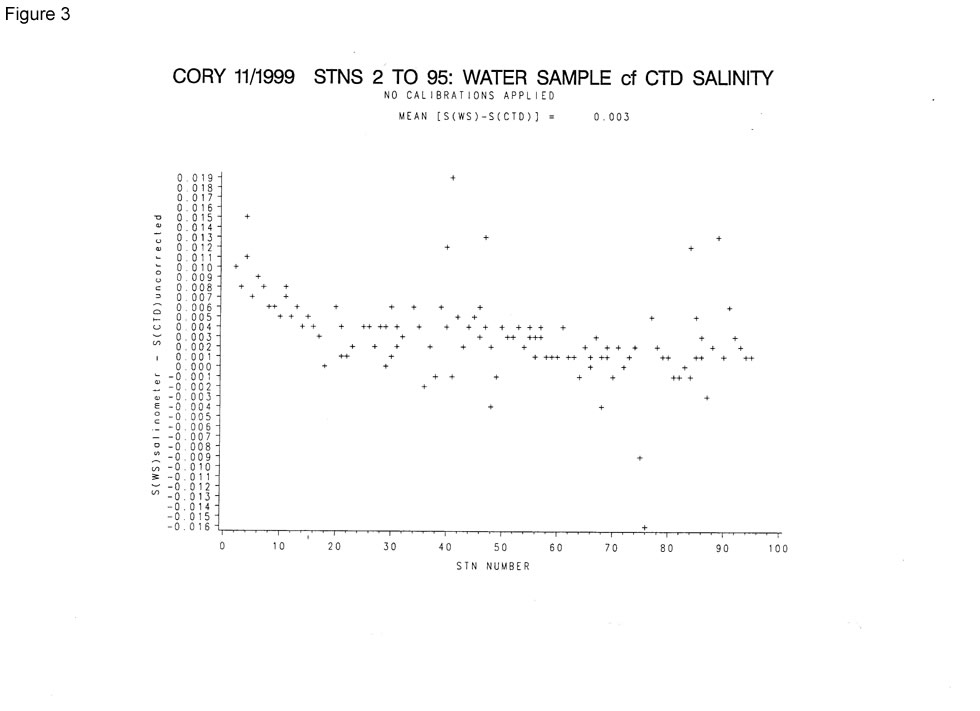 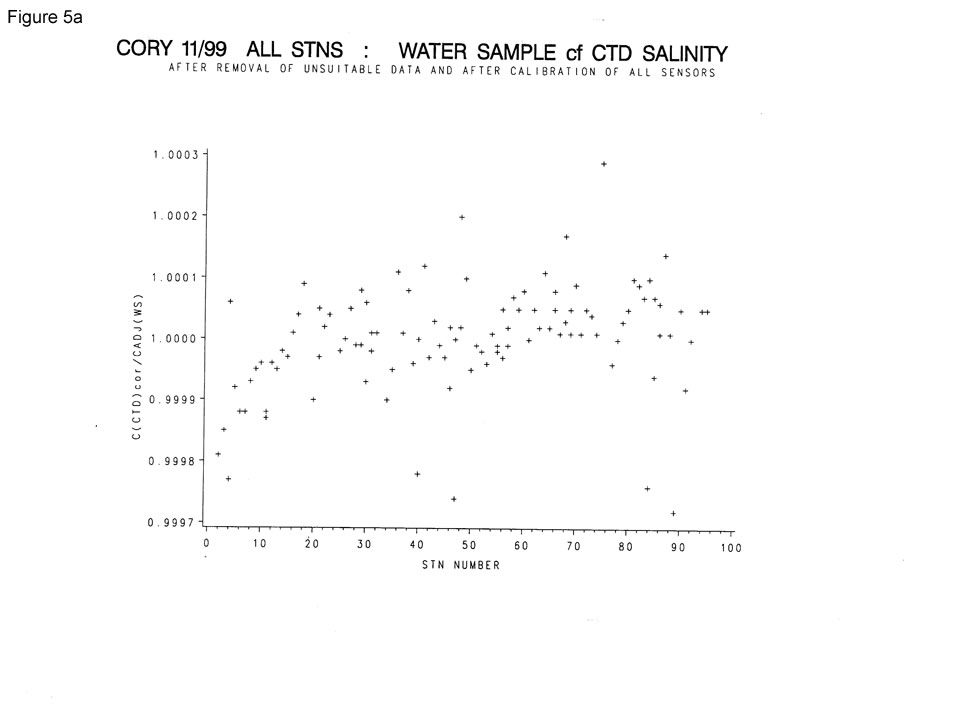 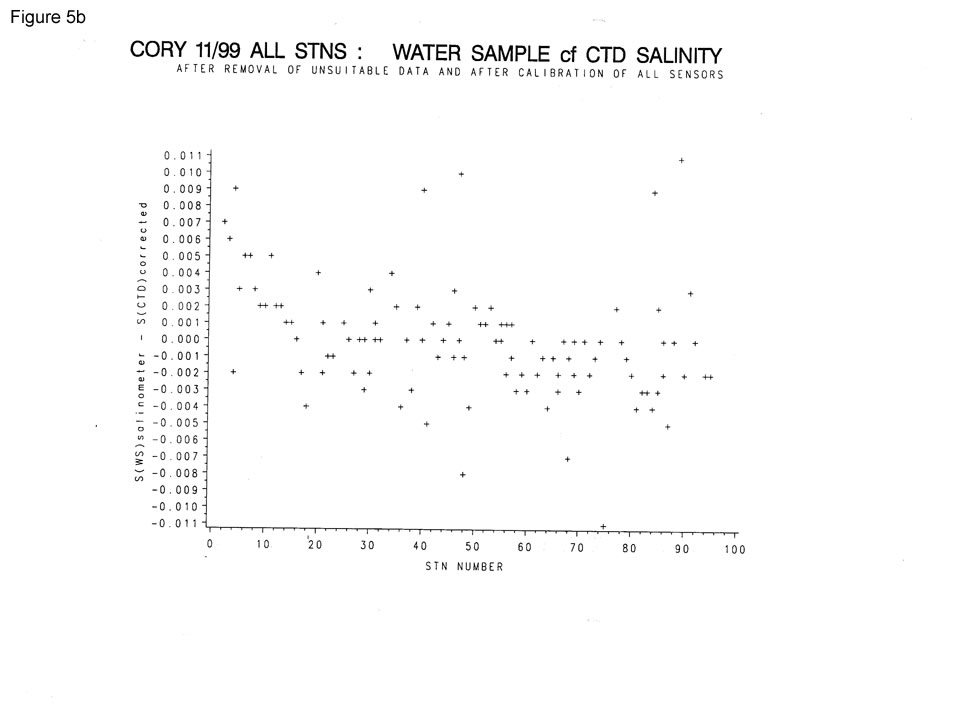 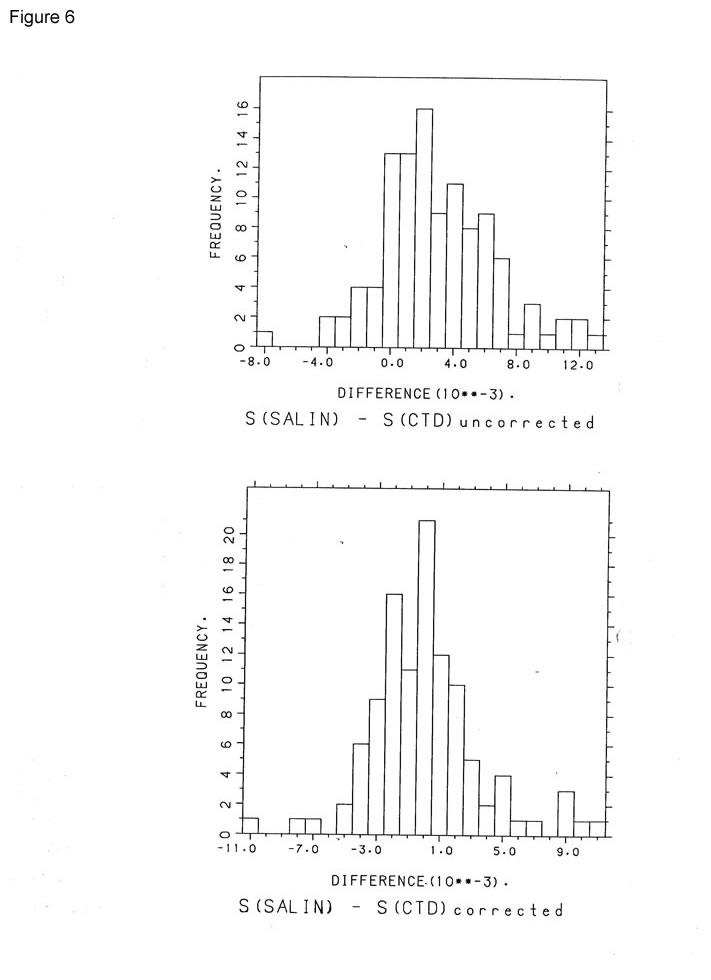 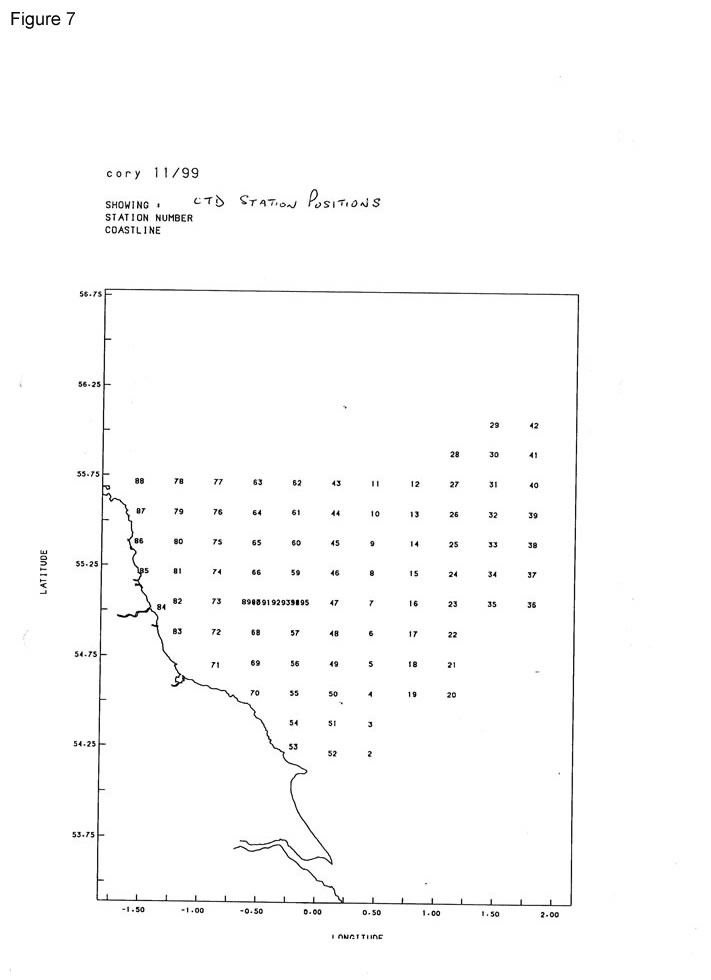