No reversing thermometers, mercury-in-glass or electronic, were used on this cruise.

Water samples were taken at all stations for later analysis. Only three pairs of duplicate samples were collected.

The laboratory calibration of October 1995 was used to correct the pressure sensor.

In the absence of any reversing thermometer data, the laboratory calibrations of the 'fast' and 'slow' sensors in October 1995 were used.

and for the `slow' sensor

and for the `fast' sensor

Fig. 2 shows the differences between the water sample salinity as measured with the salinometer and that derived from the CTD before any calibrations have been applied to the latter.

Fig. 3 shows the ratio of CTD conductivity to water sample conductivity after the CTD pressure and temperature have been corrected using the coefficients in 3a and 3b above.

Fig. 4 shows the difference between water sample salinity and CTD salinity after calibration of all sensors.

In Fig. 5, the upper histogram shows the differences between water sample salinity and CTD salinity (uncorrected); the lower panel shows the situation for corrected data.

A 25 cm transmissometer (s/n 2300) was used during this cruise. Samples were taken at both surface and bottom for laboratory suspended load determination.

A regression was calculated from these values and the %transmission values recorded by the transmissometer. It was in the form: 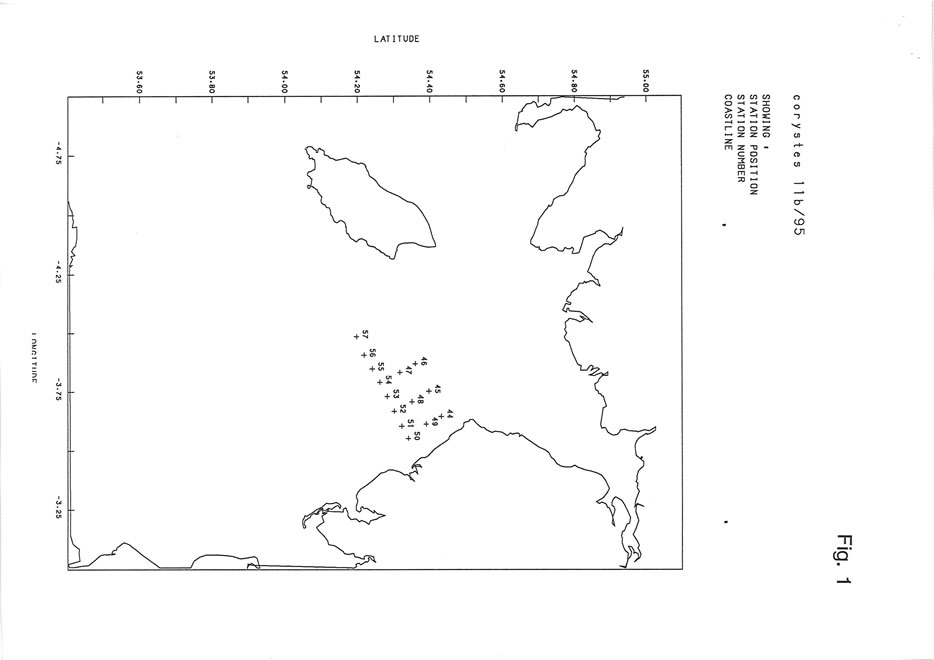 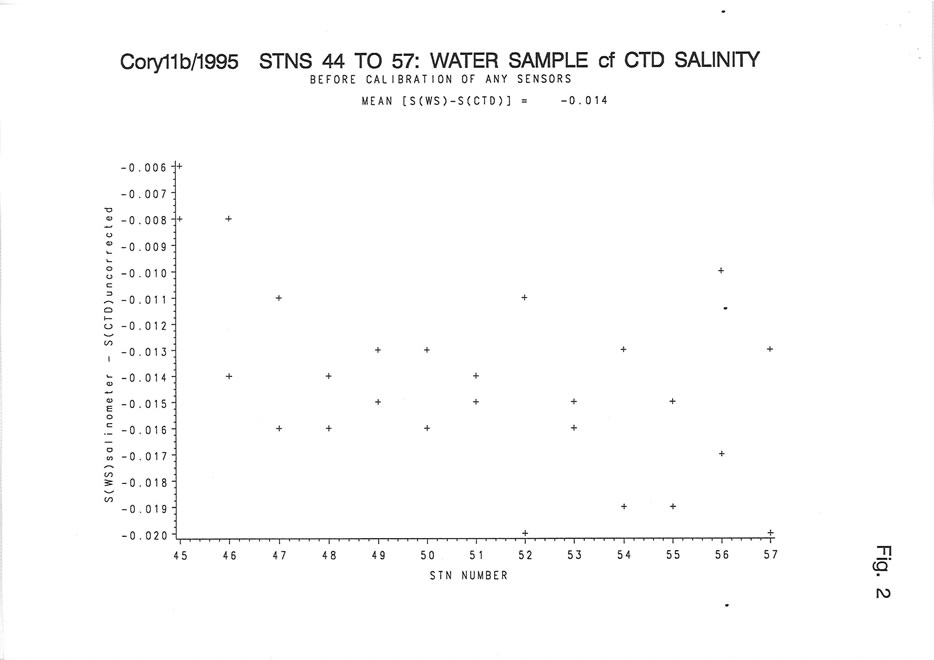 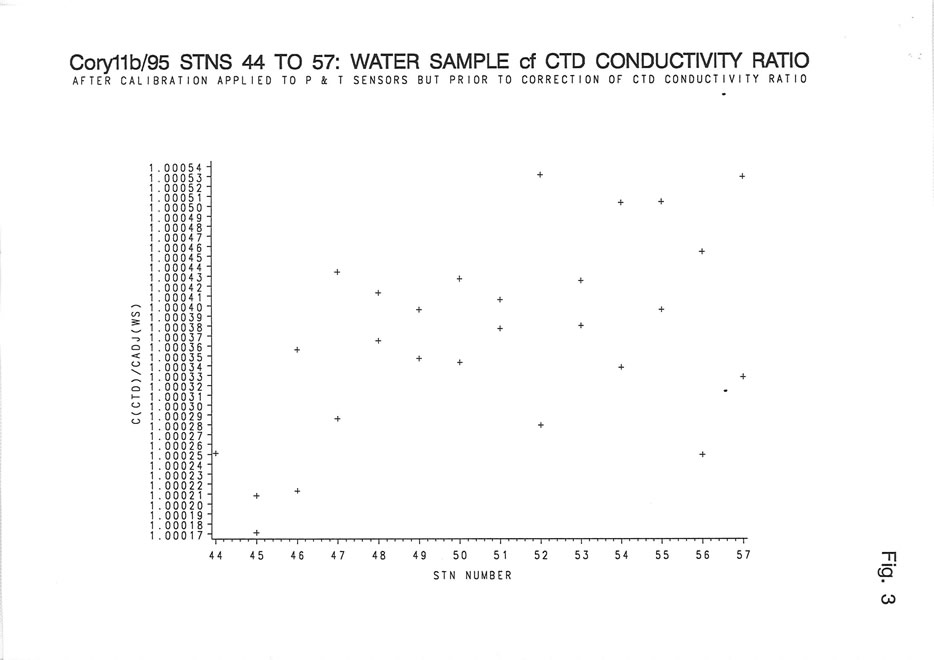 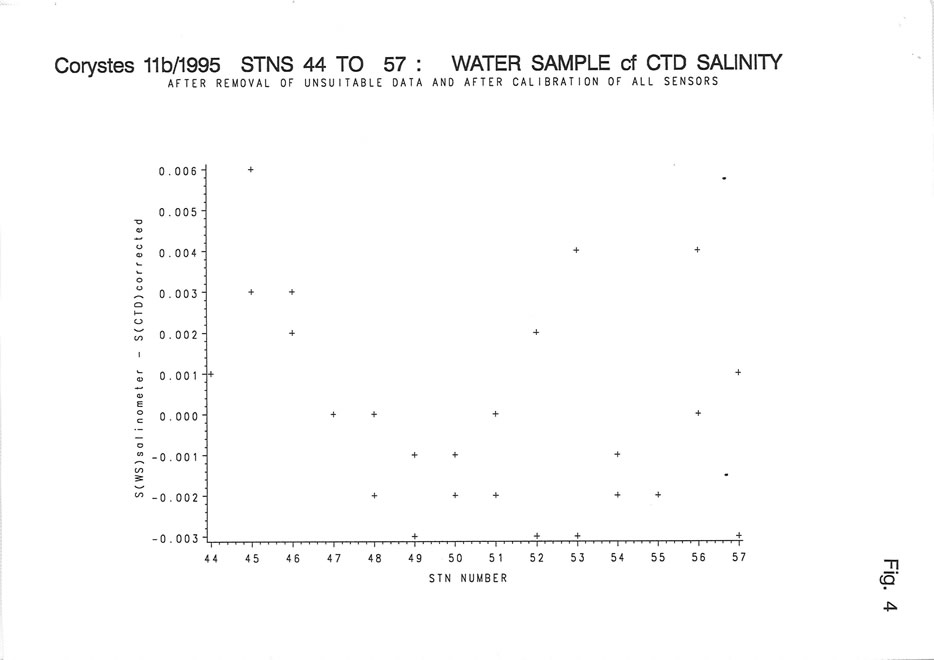 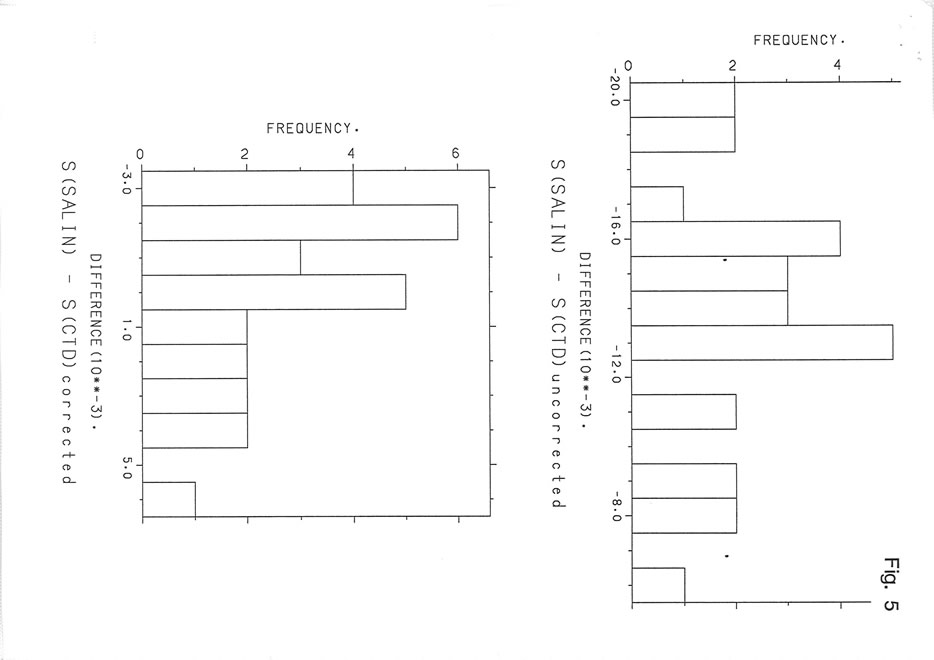