The data values in the PAR channel are all null in this cast.

Thirty-eight CTD profiles were obtained using a FSI ICTD (s/n 1351) during the North Sea component of this cruise; see Figure 1.

Samples were collected for salinity analysis (using a Guildline salinometer) to derive a calibration for the instrument conductivity sensor and a single pair of digital reversing thermometers used to compare with the CTD temperature estimates. A fluorometer, a Seapoint turbidity meter and a photosynthetically active radiation sensor with a six decade log amplifier were fitted to the rosette. Chlorophyll samples were collected to calibrate the fluorometer and samples for suspended particulate matter analysis were used to calibrate the turbidity sensor.

The pressure sensor was calibrated using a dead-weight tester before the cruise on 17/6/98. This suggested that a correction of

was required at an atmospheric pressure of 1020mb. During the cruise the 'on deck' CTD pressure was recorded and this consistently indicated that the sensor was reading too low by 0.5 dbar, in good agreement with the laboratory calibration, and the above equation was used to correct the pressure estimates.

The PRT temperature sensor fitted to the CTD was calibrated using PRT's on 17/6/1998 and this was used to correct the CTD temperature :

Because of the slow response of the CTD PRT cf the conductivity sensor CTD salinity was computed using the thermistor temperature. The thermistor was calibrated with a PRT and corrected as above

The difference between salinometer and CTD salinity before any corrections are applied to the sensors is plotted in Figure 3. The mean difference (-0.021) increases slightly to -0.024 after the pressure and temperature calibrations have been applied, standard deviation 0.002, as shown in Figure 4.

Using these coefficients the rms difference between water sample (salinometer) and corrected CTD salinity is 0.002 for 32 samples. Figures 6, 7 and 8 show how effective these coefficients are in correcting the CTD salinity. The histograms of Figure 8 show the differences before and after the application of the conductivity coefficients. The upper histogram shows the differences after temperature and pressure have been corrected; the bottom histogram after these and the conductivity calibration has been used. If it assumed that the CTD is accurate to 0.01 and the salinometer to 0.003 then differences of +/-0.013 are acceptable. In this instance all difference are well within +/-0.013 suggesting that these tolerances may be over-estimated.

The Seapoint Turbidity Sensor was calibrated by comparing recorded voltages with samples collected (during ascent of the CTD) for suspended load analysis. At stations 1 to 25 the sensor gain was set to unity but with recorded values being so low this was re-set to 100 at station 38 for the remainder of the cruise.

A Dr Haart fluorometer was fitted to the rosette sampler and used to estimate chlorophyll levels. The sensor was calibrated by comparing recorded voltages when samples for chlorophyll analysis were collected. A least square fit of sample chlorophyll, Chl (ug/l), to fluorometer voltage, V, indicated that

Note that this calibration was not as well defined as for previous cruises. No explanation available for this but because the fluorometer failed during the cruise the samples were frozen and analysed later, during cruise Corystes 9a/98.

The LICOR light sensor (s/n 2944) used to measure photosynthetically active radiation was calibrated prior to the cruise using a standard lamp (ORL829). This gave an in-air current of 0.855microAmp per 217micromolesm-2s-1 which equates to 0.3350 micromolesm-2s-1 per nanoAmp in water. 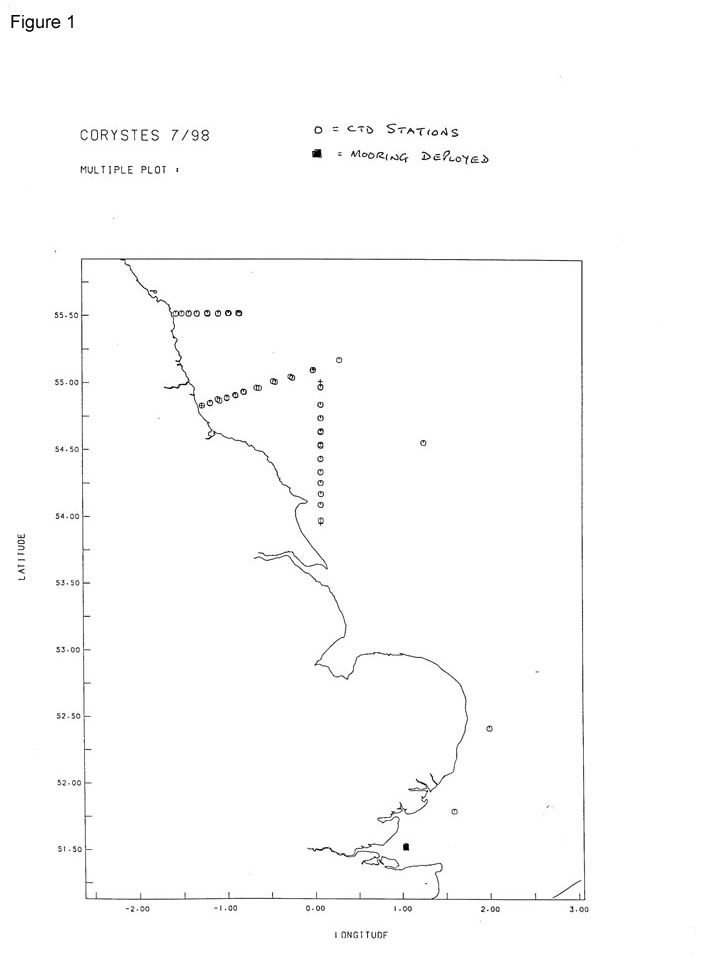 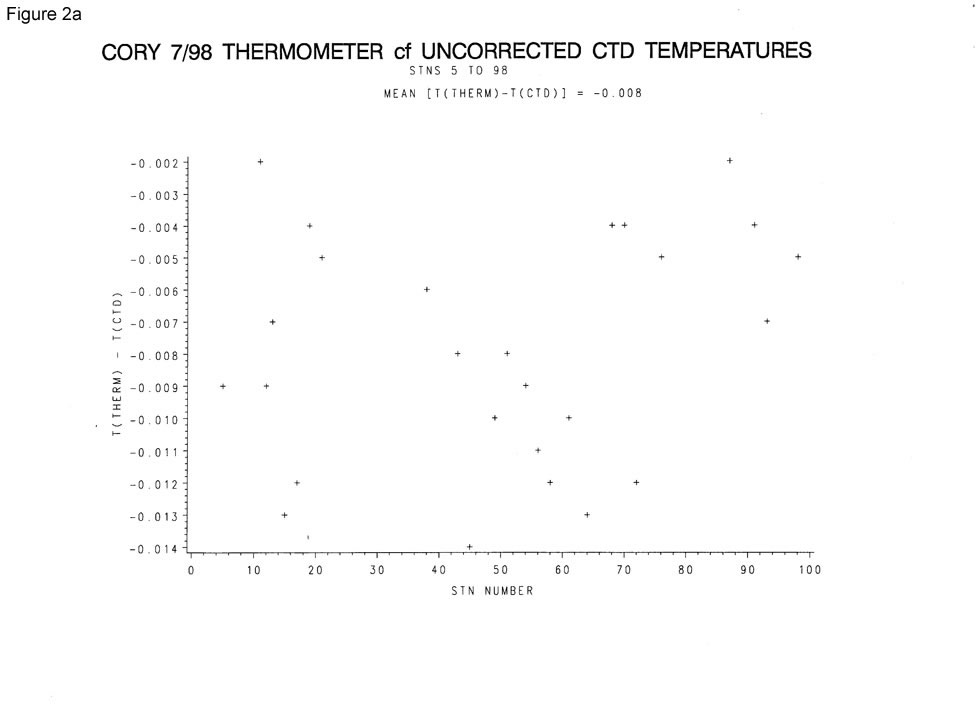 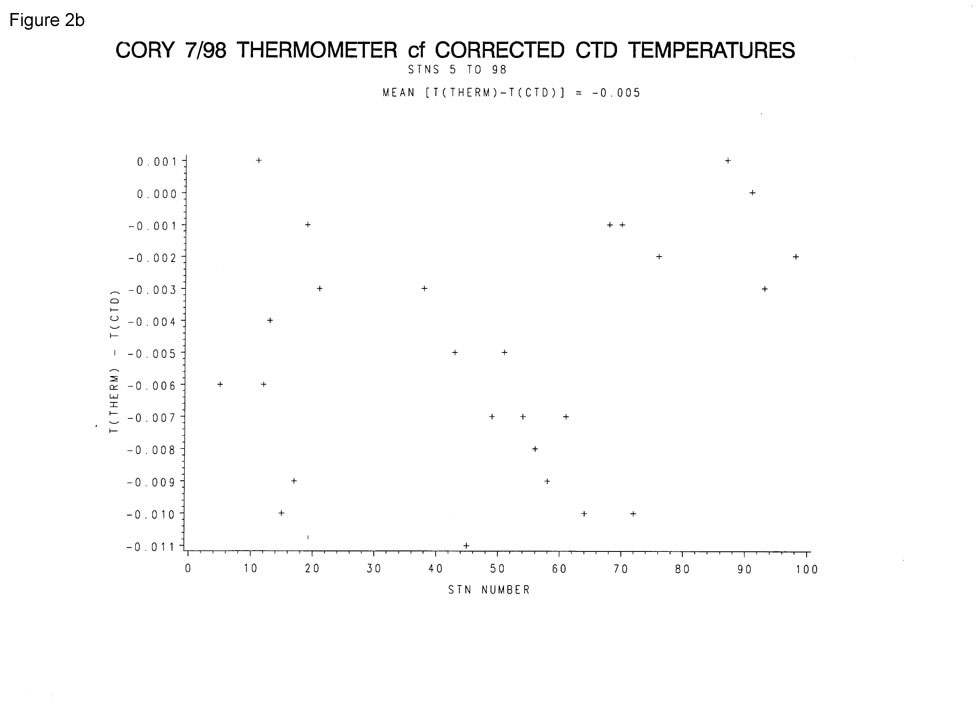 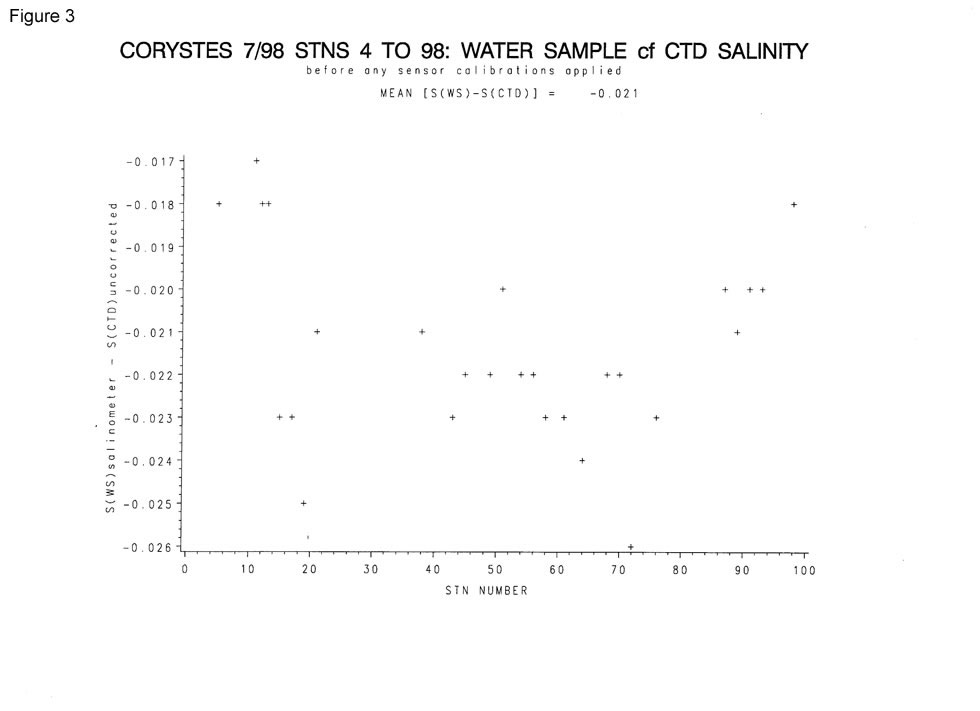 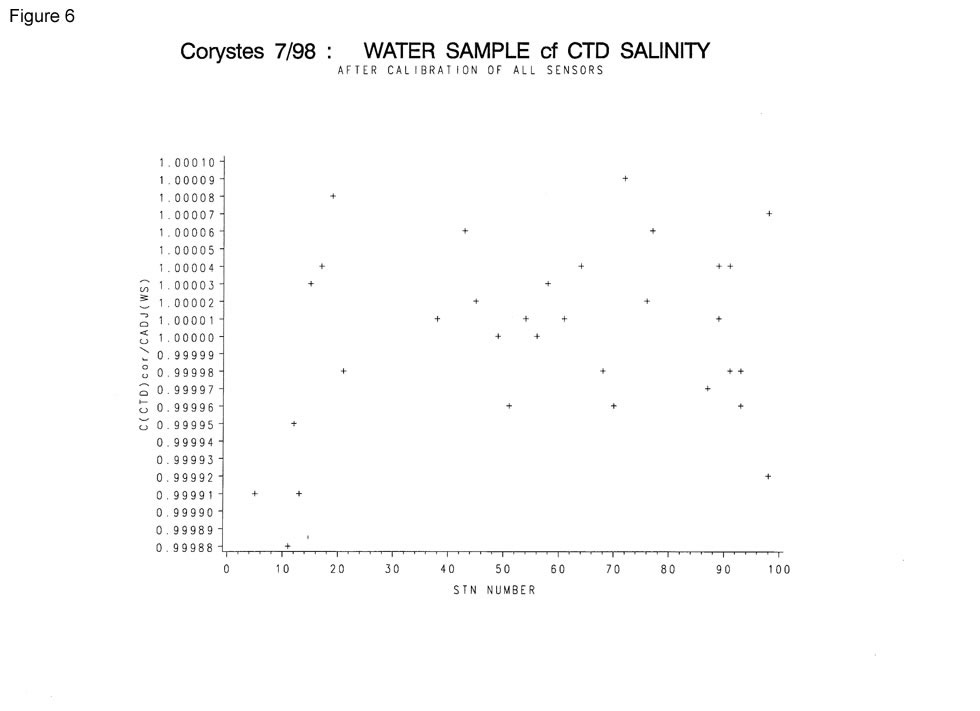 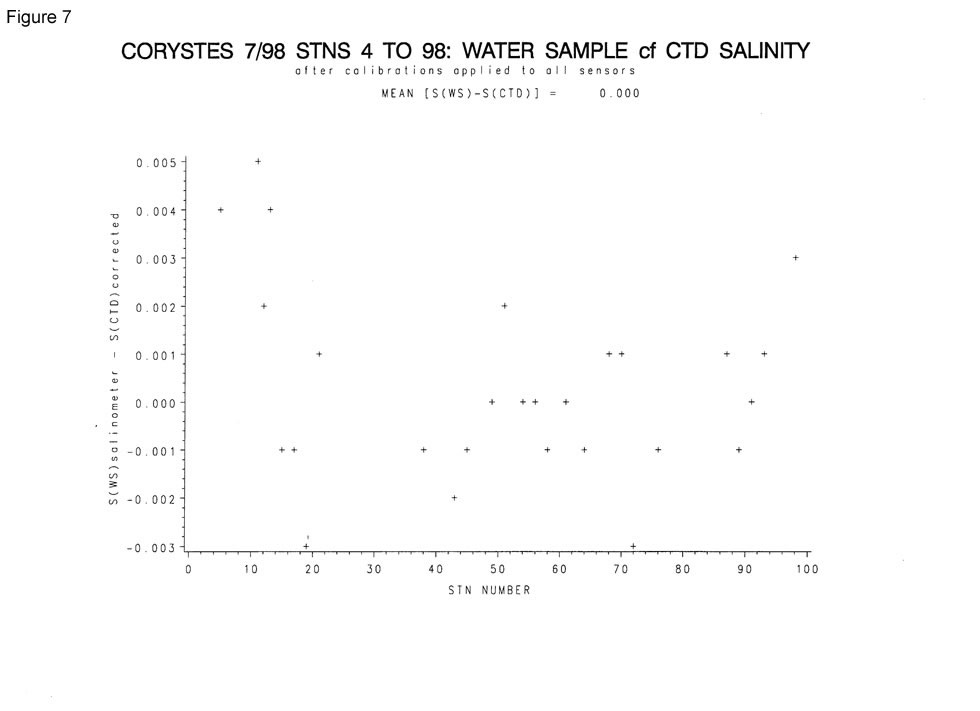 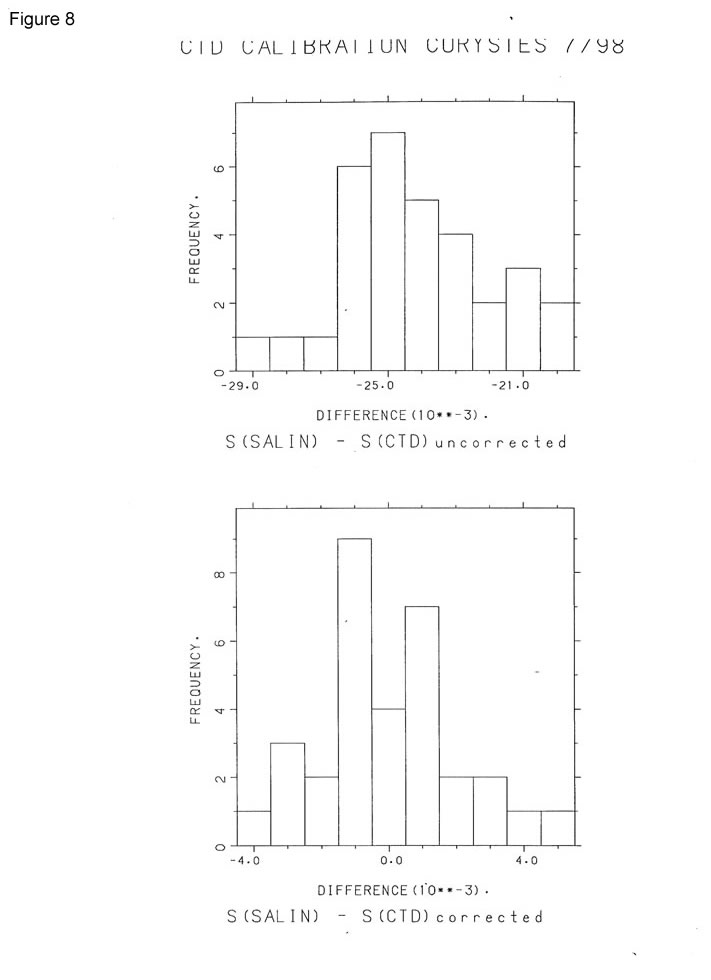