The 8705 CTD is a conductivity-temperature-pressure profiler designed for marine applications down to depths of 6000 m. The instrument includes an anodised aluminium tube with a steel cage to protect the temperature and conductivity sensors and a urethane cap to protect the pressure sensor.

* Conductivity specifications are given in terms of equivalent salinity

Eighteen CTD profiles were obtained using a Guildline 8705 CTD (s/n 45056) during this cruise to the Irish Sea; see Figure 1. A conductivity problem appears to exist at stations 64 and 74 when estimated salinity is too low and these two profiles should be used with caution.

Electronic reversing thermometers were used to compare with temperatures recorded by the CTD and samples were collected for salinity analysis to derive a calibration for the instrument conductivity sensor.

A 25cm path length transmissometer was fitted to the niskin rosette. Samples were collected for suspended load analysis for calibration of this sensor.

Two pairs of digital reversing thermometers were used during the cruise and satisfactory measurements were made by both on 16 occasions. In all instances the difference between them were 0.01 degC.

Samples for salinity analysis on the Laboratory's Guildline salinometer were collected at every station. Duplicate samples were drawn on four occasions and their differences were as follows:

The CTD temperature sensor was calibrated using PRT's on 22/03/1996 and correction factors derived:

This amounts to corrections of about 0.022 degC for temperatures encountered during the cruise.

Figure 2 shows the difference between thermometer and corrected CTD temperatures. A mean difference of -0.009 degC is within the expected tolerance ( 0.005 degC for the thermometers alone).

The difference between salinometer and CTD salinity before any corrections are applied to the sensors is plotted in Figure 3. The mean difference (-0.052) changes significantly ( to 0.030) after the pressure and temperature calibrations have been applied, see Fig 4.

Using these coefficients the rms difference between water sample and corrected CTD salinity is 0.012 for 43 samples. Figures 6 and 7 show how effective these coefficients are correcting the CTD derived salinity. The histograms of Figure 7 show the differences before and after the application of these conductivity coefficients. The upper histogram shows the differences after temperature and pressure have been corrected; the bottom histogram after these and the conductivity calibration has been used. If it assumed that the CTD is accurate to 0.01 and the salinometer to 0.006 then differences of +/-0.016 are acceptable. In this instance only 5 of 43 samples are outside this range and 8 are outside +/-0.013. This is not as good as has been measured previously and in view of the rejection of the profiles at stations 64 and 74 may indicate that the instrument requires some attention.

The transmissometer voltage was compared with measured suspended load for the samples and recorded voltage used to estimate suspended load: 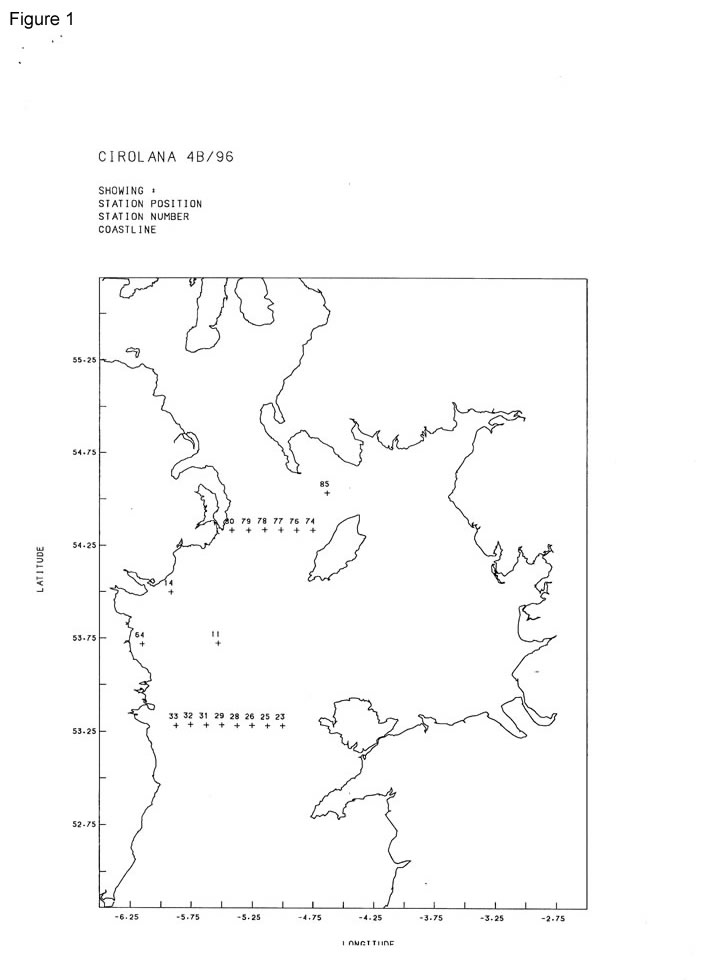 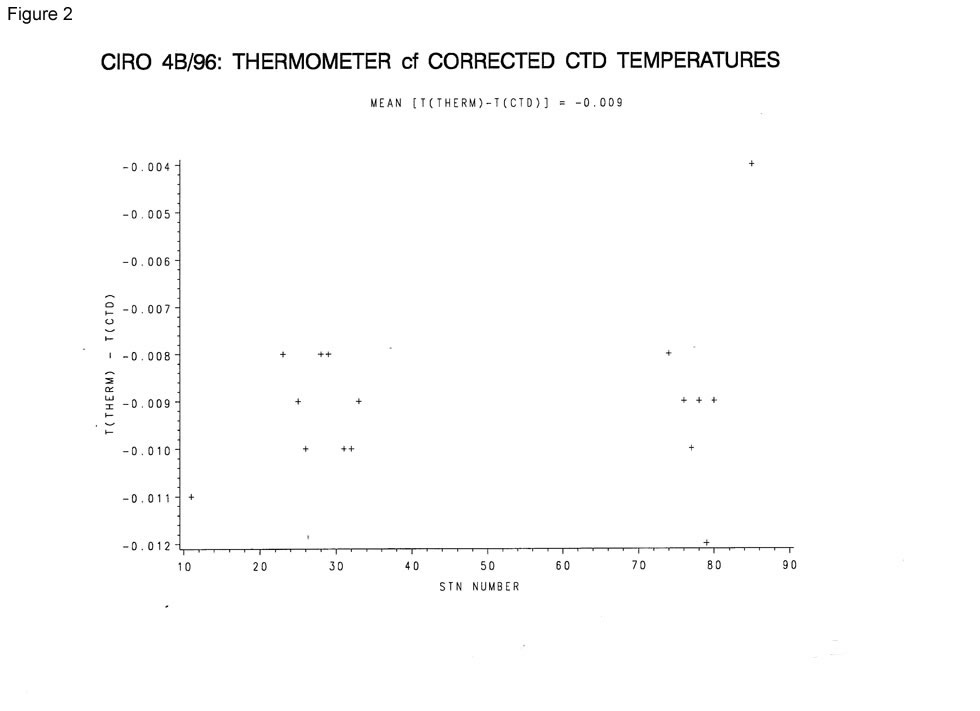 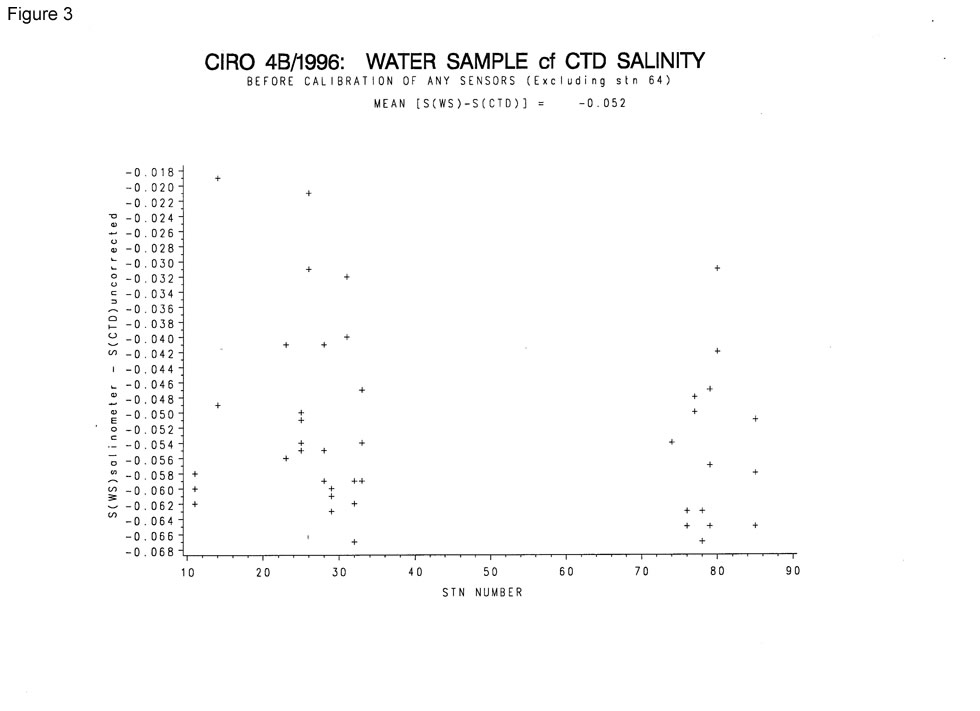 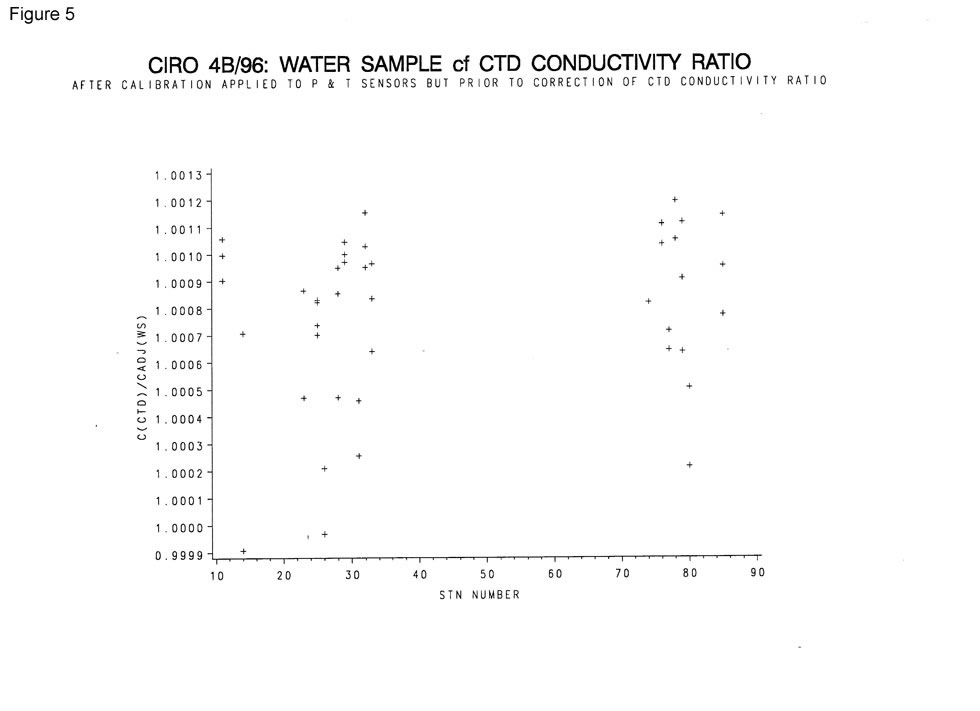 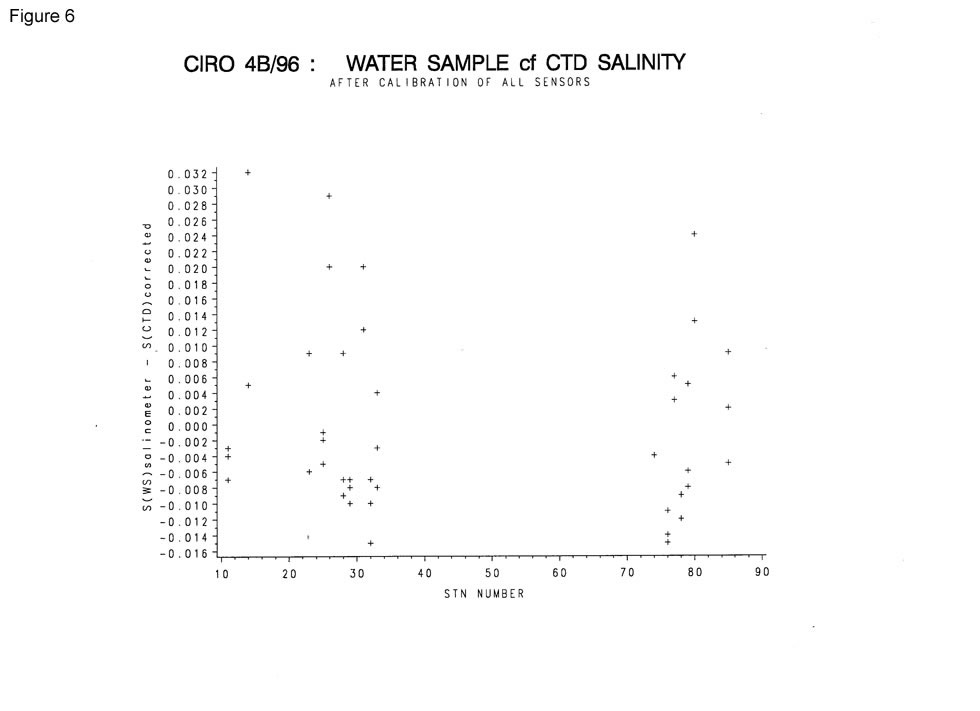 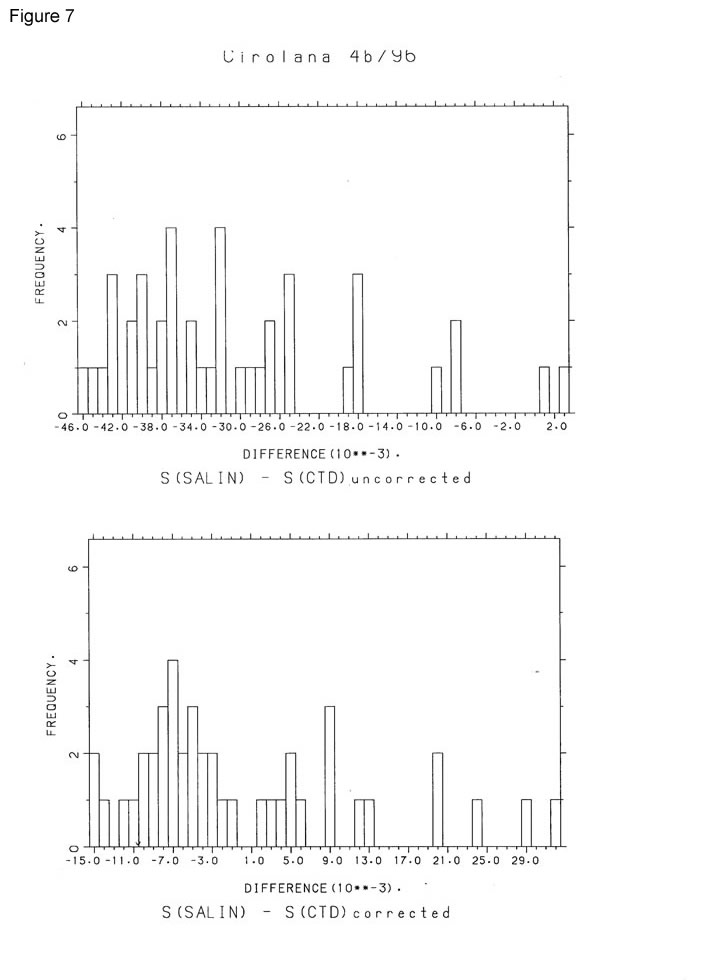