Line C is a survey section between Lough Foyle (on the border between the Republic of Ireland and Northern Ireland) and Islay (off the west coast of Scotland). The line comprises seven fixed STD/CTD stations, which were established as part of routine monitoring work on the Scottish continental shelf by Dunstaffnage Marine Laboratory (DML). The line was occupied between the mid 1970s and mid 1990s. 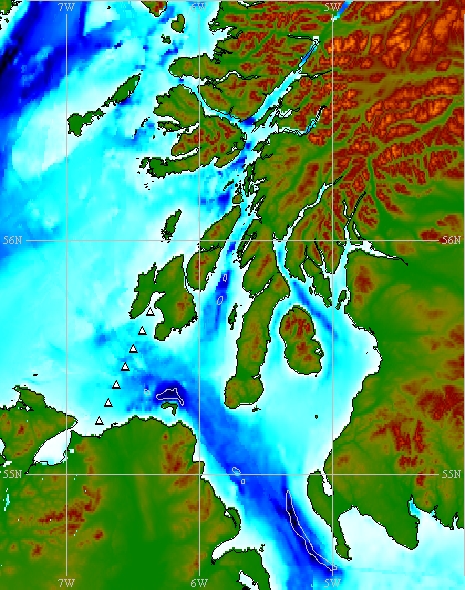 The white triangles indicate the nominal positions of each standard station on DML Line C.

In addition to Line C, there are other DML repeated survey transects which converge at Islay. These are Line B , Line D , and Line P .