During casts 15, 23 and 29, the CTD paused momentarily as it descended through the water column. Evidence in the oxygen data from these casts show that the sensor drifted slightly while the CTD rig was stationary. Therefore, oxygen data from cast015 at 15 dbar and from cast023 and cast029 at 29.5 dbar should be used with caution. During cast014, the descent of the CTD rig slowed after reaching a depth of 37 dbar and the signal in all oxygen channels below this point was found to be more variable than for the preceding portion of the cast.

This station is one of 34 stations regularly visited by the Proudman Oceanographic Laboratory (POL) as part of the Liverpool Bay Coastal Observatory. During each site visit, CTD profiles are taken. The station lies within a box of mean water depth 35.5 m with the following co-ordinates: 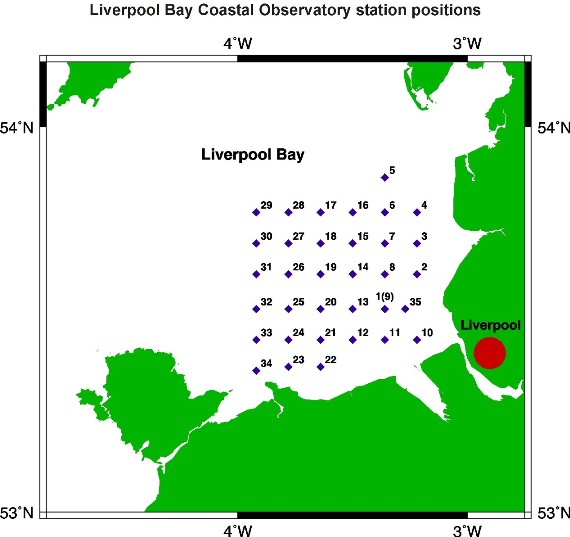