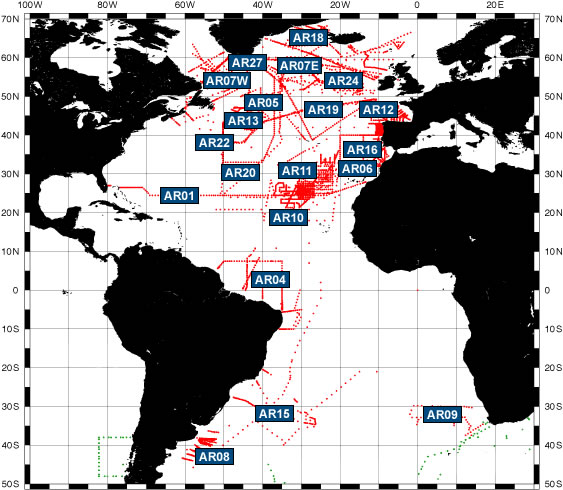 Station L is one of the fixed CTD stations, which together form The Extended Ellett Line. The line lies between Iceland and the Sound of Mull (Scotland) crossing the Iceland Basin and Rockall Trough via the outcrop of Rockall. As part of this initiative, CTD dips, together with associated discrete sampling of the water column, have typically been carried out annually at this station since September 1996.

Prior to September 1996, Station L was part of a shorter repeated survey section, consisting of 35 fixed stations, known as The Ellett Line (originally termed the Anton Dohrn Seamount Section). This line incorporated those stations across the Rockall Trough and Scottish shelf between Rockall and the Sound of Mull and was visited at regular intervals (usually at least once a year) between 1975 and January 1996.